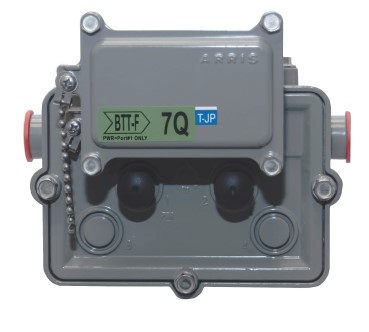 ARRIS 1.2 GHz power extracting taps are capable of delivering video, telephony, and data over the broadband hybrid fiber coax system. These taps have all of the same features and performance as our standard Q‐series FFT taps, including 12 ampere power passing and surge resiliency, but with the additional feature of power extracting for Cable Wi‐Fi applications.
The BTTF*‐*Q taps extract power from the cable feeder and deliver it to the Cable Wi‐Fi Access Point via the F‐Port (Port 1, jumper selectable). RF signals are distributed through the F‐ports to the coaxial drop, as well.