When it comes to connectivity, Chad Williams has a full house. His three boys – aged 11, 15, and 17 – are constantly gaming while streaming YouTube. The family has more than 20 smart home devices connected to the network, ranging from the thermostat and sprinklers to the security doorbell and smart locks.

But with a 4,000-square-foot, six-bedroom house with three floors, getting a reliable WiFi signal to every nook and cranny can be a challenge. Williams tried to solve his connectivity issues using a variety of Wi-Fi boosters and mesh Wi-Fi systems, but found those difficult to use while only delivering average speeds and reliability. That’s when he discovered Plume HomePass.

Williams now powers his smart home using HomePass from Plume to provide full-strength, uninterrupted connectivity and Wi-Fi management for every screen, gadget and smart home IoT device in the house – all controllable from a single app.

“At the time, Plume just came out with SuperPods, and I was attracted to the fact that you didn’t have to have cords and shelves. You could just put it in an outlet and you’re done,” he says. “With HomePass, connectivity has literally never been an issue.” 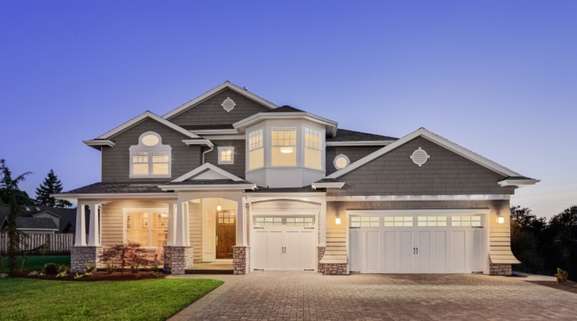 From the bedrooms to the backyard

Thanks to Plume, the Williams family now experiences consistently fast connectivity no matter what device or where they are in the house – even if they’re outside of it.

Williams has a projector that he sets up in his backyard to screen new movies. In the past, unreliable Wi-Fi coverage in the backyard meant he would have to use a Blu-Ray disc or pre-download a movie, making it difficult to stream new movies from apps like Netflix or Disney+. But with HomePass, the family can stream HD movies with perfect audio and zero lag for the full run time. “We love our HomePass. It’s freaking amazing,” he says.

With three boys, it can be difficult to monitor internet usage or restrict screen time as needed. The parental control features in HomePass make it simple to keep screen time under control while managing each child’s access separately.

“We love being able to wield the sword of shutting off an individual device if one kid’s room isn’t clean without shutting it off for everyone,” Williams says. “And with the content filtering, we can make sure our 11-year-old isn’t looking at the same stuff as his 17-year-old brother. It lets us give each kid more freedom and autonomy because we don’t have to worry about what they’re getting into.”

Welcome to the neighborhood

Williams has shared his Plume experience with neighbors on the community Facebook group, where complaints about internet service run rampant. In his neighborhood, routers tend to be placed in the basement, surrounded by concrete walls. He explains that it’s their Wi-Fi set up, not their Internet Service Provider, that gives them slow speeds. Unlike mesh systems that only act as extenders, he tells them how each Plume pod delivers a full-strength Wi-Fi signal.

“HomePass is one of those things I feel confident recommending,” Williams says, “because I know if somebody gets it, they’re not going to be disappointed.”